Who but Pynchon could set a historical novel in a time-frame which includes the First World War, and set a segment of the book in the Balkans, and include some scenes in Sarajevo, and feature Franz Ferdinand as a cameo character, yet still leave out the assassination?

Anyway, since I have been to Sarajevo, and in fact married a beautiful Bosnian woman, and since this is the time of year when snowballs are flying their arcs, here's a reasonably representative shot of Sarajevo in Winter. 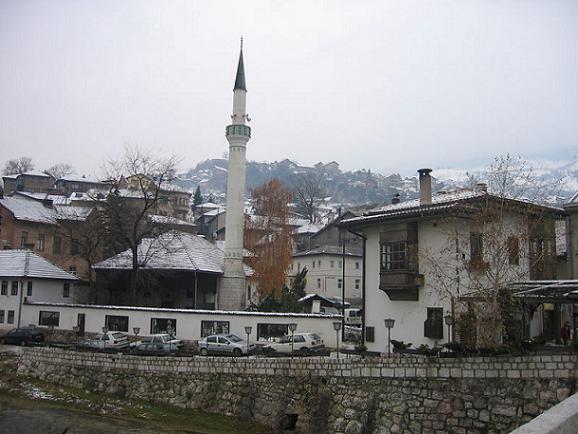